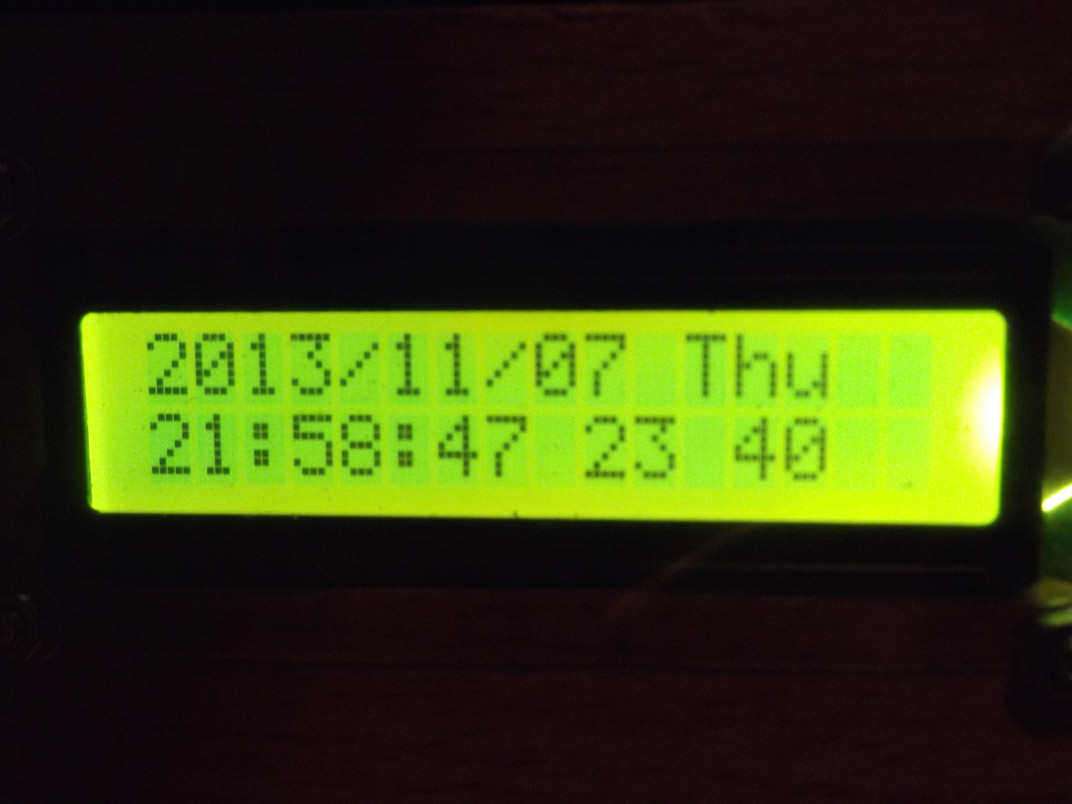 In my second attempt, one winter after my first experience, I felt like I was not one to have people do boring manual work if it can be avoided, so I devised an automated system to keep the blocks moist & well.

The system includes a pump in a tub of water connected to sprayers above the blocks, a light, and a controller which switches the other devices according to the temperature and the humidity read by a sensor near the blocks. I don’t use heating or cooling as I don’t want to increase my bills, but a heater, an evaporative cooler, or similar could easily be integrated into the system. Another investment I might make in the future, is to get a CO2 sensor to control a fan and to provide ventilation.

The controller can switch up to four devices according to a program which responds to date, time, humidity and temperature. The goal is to maintain a constant desirable humidity by switching the pump, and to time a light in a daily cycle. The prototype is based on Arduino and is easily expandable, e.g. to control timed heating in response to temperature or ventilation in case of CO2 build up.

The Arduino has a lively freeware community, and the controller can rapidly evolve to give accurate environmental control in this, or similar applications. I have a dryer in the works which will also be controlled by a similar device, a LED light with clock and switch controls, and a hydroponics fertiliser controller for plants. New sensor and switching technology is rapidly developed by the Arduino community, so watch this space.

The system of sprayer heads just hang on some simple rope. Parts to build this were found in the gardening section of a major hardware shop.

Nice first oyster mushrooms. Due to the temperatures falling early and deep this winter the bodies are smaller than last years first flush. Since I don’t want to pay more on electricity, I just added a temperature-controlled, timed fogger to the tub to keep the water from freezing and the pump from certain death.

Nice first flush of oyster mushrooms. Can be eaten fresh, barbecued, dried, pickled, cooked from frozen, but more on that later.

If the space in the attic had it’s own water tap, it would save a lot of effort in carrying the bucket of water up the stairs every now and then. A wifi connection to the controller would be great to allow for remote monitoring and control, and a data logging feature would also be great to be able to chart and compare successive harvests.